Today  I have being learning about commenting guidelines. They way I have done this is I have listed it from worst to the best comment.

The most unhelpful one out them all is number 1, because it doesn’t help me learn about commenting guidelines. It has lots of spelling mistakes and is pretty rubbish.

The number 7 is the 2nd most boring because, it is another one that doesn’t tell me anything about commenting and what to expect, or to send to someone. I think it is another rubbish one too.

The number 6 is the 3rd most boring because it talks about, random things and it doesn’t use words probably. Instead of putting the full word in they writers put half the word in and the something else.

The number 5 is ok but it could be better because every sentence talks about something different so I think it needs to hav paragraphs.

The number 3 could be better too because I also thinks it needs paragraphs but everything else is good.

The number 2 is good too because it has paragraphs and when they want to talk about a different thing they make another paragraph.

The number 8 is the best because it has one main topic that it talks about and when they ask a question the go onto the next line and the comment seems ver formal. It has very good punctuation and no spelling mistakes.

It was winter time and it was snowing, like what it does in the North Pole. It hadn’t snowed all summer. Santa Claus didn’t like having no snow around. Santa said to Mrs Claus. ” Finally, it has started snowing I have waited all summer for it to happen”.  Santa was desperate  to put the wood fire on. He thought to himself, at once I can make the fire because it keeps me warm. Santa put the wood fire on and once he put it on, Mrs Claus called him over to get some hot chocolate. He crabbed his hot chocolate, and as soon as he was about to sit down the fire alarm went off, and when it went off he was  just so annoyed that he decided to kick to the fire place and he ended up denting it. Mrs Claus was so annoyed with him because he dented the fire place. Even though he dented the fire he just didn’t care one single bit. The day was coming to an end and before Santa went to bed he realised how much he dented the fire place. He felt very sorry and apologised to Mrs Claus.

The red background symbolises the Chinese communist  revolution.The four stars and their relationship represents the unity of Chinese people. The largest star Symbolizes the communist party of China. 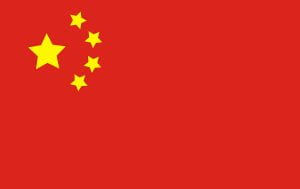 2. China sits on the continent of Asia

3. The current capital city in China is called Beijing.

5. Chinas national language is called Mandarin. China has over 302 languages that are spoken in their country.

6. The currency that is used in China is called Renminbi.

7. China is Australia’s two-way trading partner in goods and services, accounting for 27.4 per cent of our trade with the world.

8.China has the largest population with over 1.3 billion people living on their land. China is also the third largest country with an area of 9,706,961 sq kilometres and 3,747,879 sq miles.

Hi, I my name is Jasmine,

My favourite things that I really love is to play sport. I love anything to do with sport. I really enjoy playing netball. I play other  sports in my free time. I also like playing music. I really like playing the piano the most. 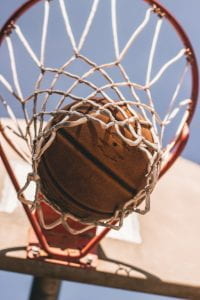 Welcome to your brand new blog at Edublogs!

To get started, simply visit your blog’s dashboard, edit or delete this post and check out all the other options available to you.

We can walk you through step-by-step in our guide to getting started with your blog.

Welcome to your brand new blog!

This is a sidebar and can be changed in Widgets in your dashboard.

You can also modify number of sidebars in theme options!